Making business with a Face-to-Face contact
At e-commerce Stockholm, you get the chance to meet and discuss with your current and potential new buyers their personal needs face-to-face. Nearly 6.000 unique professionals attended the event in 2013 looking for the latest answers to their online marketing strategies. By taking a stand, you will be talking to a number of buyers interested in buying your products or services

Website / online advertising
With every stand, exhibitors receive an Online 365 account* which increases your online presence.  Each exhibitor can set up their own company profile on the show website, with logo and company details. You can implement the page in multiple languages and it provides a facility to publish an unlimited number of products, pictures and documents. You can create as many product entries, with pictures and documents (brochures, technical specifications, press releases etc) as you like on your company page.

All this and more is available with the one off payment of your stand.

The show is just two days of intense, face-to-face contact with high-quality, budget-holding visitors interested in investing in:

Stockholm has been Sweden's economic, transportation, administrative and cultural centre since the 13th century. With a population of 2.5 million it is the largest metropolitan area -- and the largest economy -- in the entire Nordic region.


Within Stockholm itself service sectors dominate; it is the seat of Sweden's principal stock exchange and is considered the financial capital of northern Europe. A highly favored location for corporate headquarters, it is home to about 45% of large (200+ employees) Swedish companies. Two-thirds of all Fortune 100 companies with a presence in Scandinavia have offices in Stockholm, including such well-known names as Procter & Gamble, Unilever and General Motors.

Stockholm’s economy also profits from business ties with the fast-developing countries of the Baltic rim. By 2020, exports between Sweden and the Baltic Sea region are expected to increase by 32% and imports by 46%.

Scan your visitors with Visit connect

With Visit Connect, you can collect information about the visitors of your stand, simply by scanning their QR code. This makes it easier to follow up and to avoid missing any sales opportunities during the fair. In your welcome email you will receive a link where you can access your online portal to create an account to the company with multiple users. In addition to collecting contact details of your customers with the ability to write your own notes if you are discussing in the Monte , you can also create your own questions and define goals. Remember that it is important that you decide and add your questions prior to the fair, because it is not possible to do it on the spot. During the show you can check the progress of your prospective clients through your Visit Connect portal.

For more information about easyFairs App for exhibitors 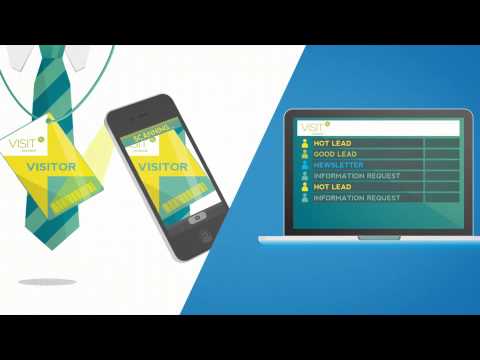 For more information about Visit Connect